Why Choose JAMstack Framework for Your Web Application?

From hosting an application on static servers to content delivery networks (CDNs) and making applications faster than dynamically rendered applications, JAMstack is a favored framework for a number of reasons. In this article, you’ll read about why JAMstack is preferred all across the globe. Find out why JAMstack is being called the future of web development and how it is being increasingly used for various kinds of modern web applications.

The field of web development has moved way ahead from where it had started. There have been several new changes and trends in the fields. Amongst the several new trends, JAMstack is one of the most popular web development architectures in recent times.

JAMstack basically stands for JavaScript, API, and Markup (JAM). These are the three technologies that come together to form the JAMstack framework. The term was coined by Mathias Biilmann to describe this modern web development architecture.

The three technologies come together in this web development architecture and the platform is based on client-side JavaScript, reusable APIs, and prebuilt Markup. As Aristotle had once said, “the whole is truly greater than the sum of its parts,” JAMstack is clearly a far better solution for web applications than all of its constituent parts.

That being said, using JAMstack for your web applications is really a wise choice. We have discussed why and how JAMstack can be the perfect web development architecture for your applications.

What Can Be Considered as a JAMstack? 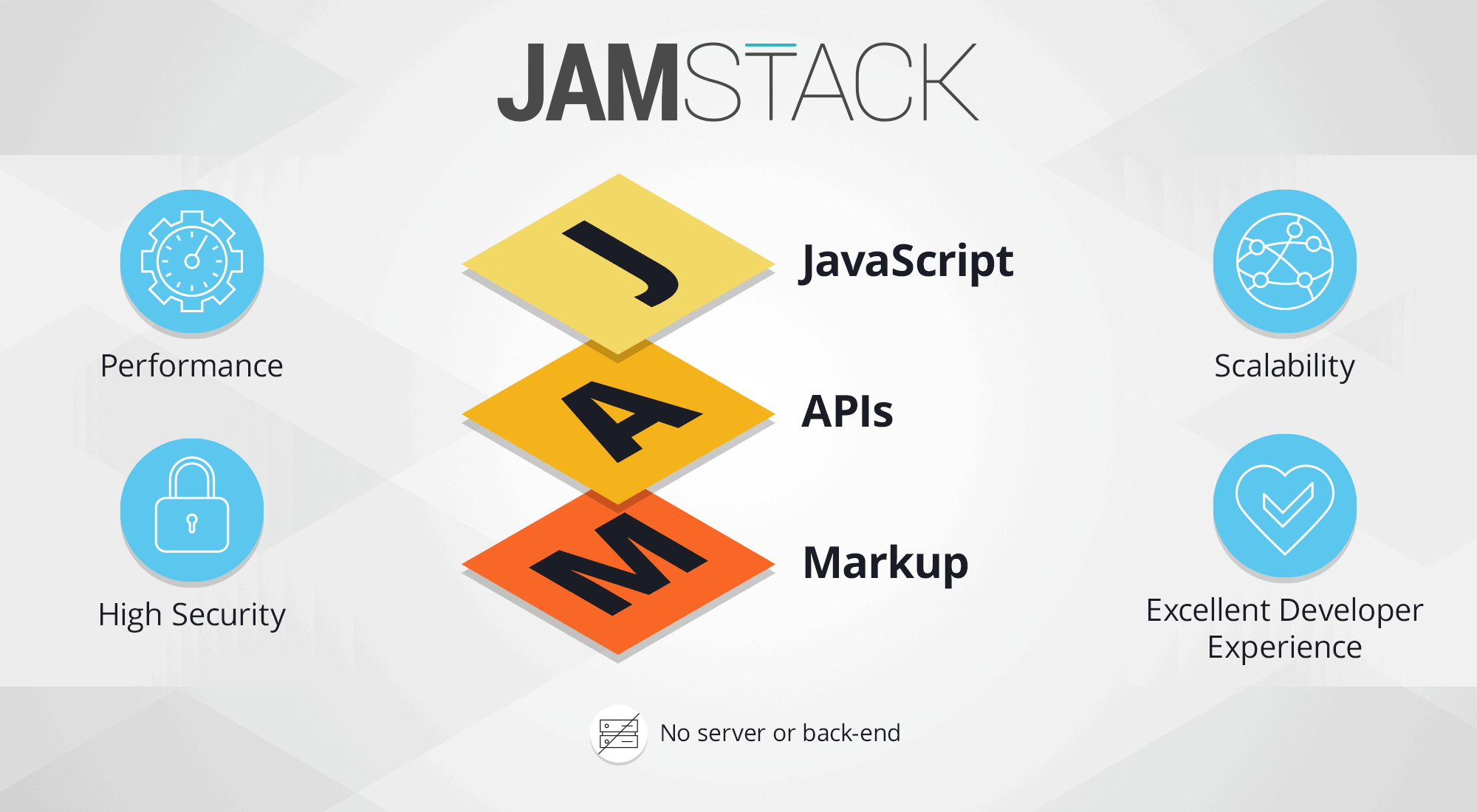 If it comes to deciding on what qualifies as a JAMstack, then there are a few points to consider. Although, what is essential to know and keep in mind is the fact that if an application serves pre-rendered pages from a static host, then it can be considered as a JAMstack.

The core site being statically served is one of the key characteristics of a JAMstack. That being said, all apps do not need all three aspects of JAM.

Along with that, any misconceptions about the framework must be cleared so that you do not have any unrealistic expectations from the platform. To be clear about JAMstack, it can be said that it is not one of the specific frontend-backend-database-platform stacks, like a MEAN stack (MongoDB, Express, Angular, Node) or a LAMP stack (Linux, Apache, MySQL, and PHP).

Now, if it comes to listing what conditions do not qualify as a JAMstack, then the following points are to be mentioned:

Why Use JAMstack for Your Web Applications?

Coming to the key part of this article, there are several reasons why JAMstack can be the perfect solution for your web applications. If you had not already known about the basics, then, JAMstack is a framework-agnostic technique of structuring a web application to enhance its performance.

JAMstack can host applications on static servers and make them way faster than dynamically rendered applications.

A lot of developers and even major brands are switching to JAMstack for their web applications and the reasons listed below are to make it amply clear why it is a wise and sustainable decision. Let us now talk about why JAMstack can be the perfect web development architecture for your web applications.

JAMstack basically serves static files from a low-latency edge server that has a lesser geographical distance from the user. This makes it much faster than any traditional application even with caching, which will execute a logic to render an HTML.

This brings us to how caching works in traditional applications versus how it works in a JAMstack application. In an application where caching occurs at every step, the decision and management of what is cached and what is not is an extra burden.

Such tasks will need specific configurations at multiple points and the need to deploy new codes. In JAMstack, it becomes very simple as everything is cached.

Along with faster page loading speed, you get the bonus of better search engine rankings. It is the thumb rule of SEO that faster sites rank higher on search engines. Sites that are developed with modern JavaScript frameworks will have poor search rankings.

This can be effectively improved with server-side rendering and other third-party solutions. Even after that, they won’t stand in competition with JAMstack applications when it comes to the speed parameter.

Another key advantage is that the content is served from CDNs. These platforms can serve static files quickly even when handling heavy loads. This is because they are geographically distant and consist of several built-in redundancies.

They are also built to withstand heavy traffic and hardware faults more efficiently than the original servers. In a traditional application, it works differently. There, the technical architect estimates the potential load on each layer of the application. 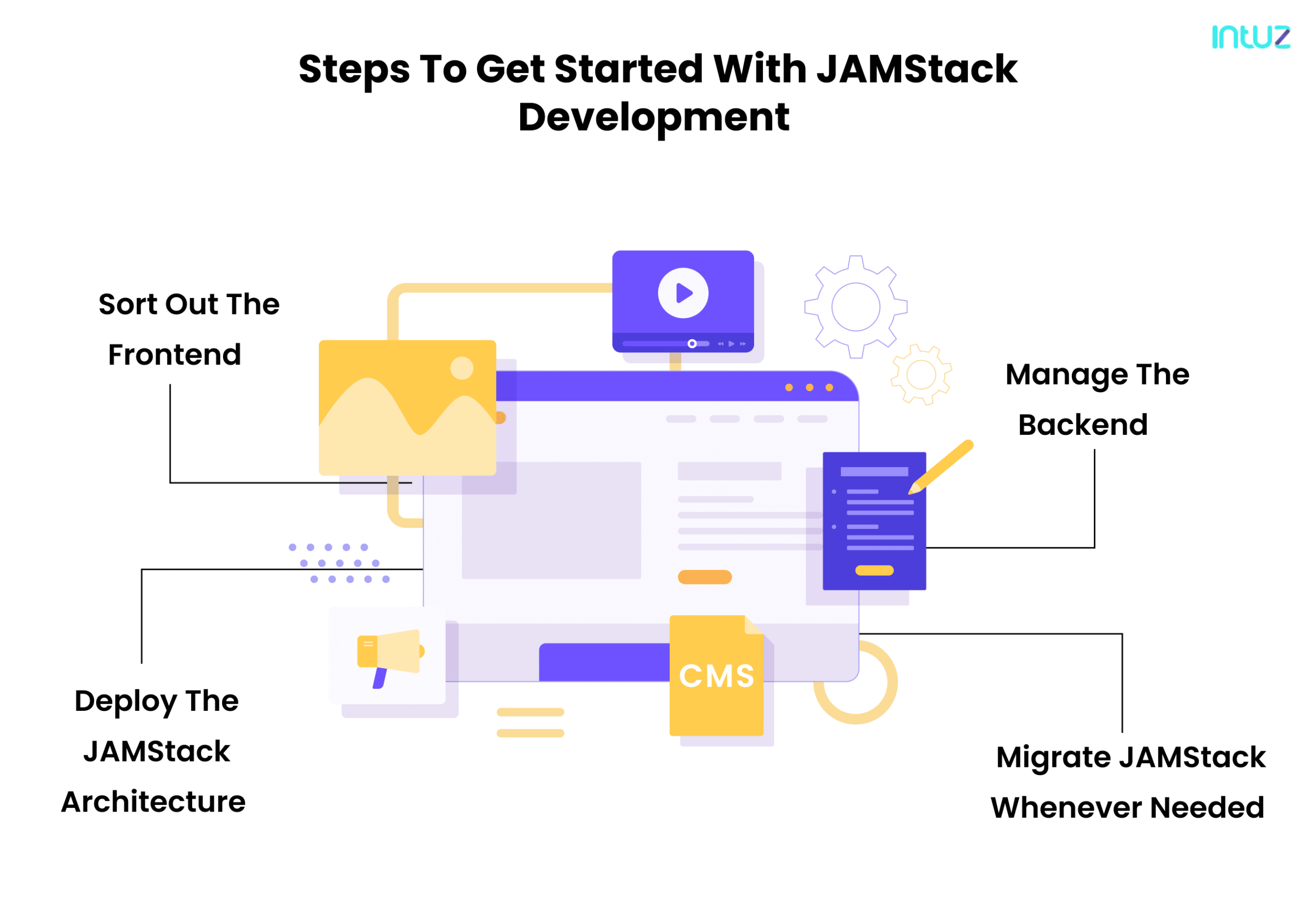 Another one of the key advantages of JAMstack is the fact that it simplifies deployments to a great extent. This is because it works by the transfer of files to a static server or CDN.

For instance, Netlify is a service that has pre-built provisions for continuous deployment. This leads to the automatic triggering of builds followed by deployments every time a change is made to a Git code repository (like GitHub, Bitbucket, etc.).

Apart from these, to-be-cleared caches, configuration changes, etc., are also a part of the order or layers.

JAMstack is a group of static files, which makes the deployments immutable. This means you can seamlessly roll back to any previous version of your site at any point in time without any worries about it not working.

A key reason why JAMstack is a favored architecture amongst modern web developers is the exceptional development experience it offers to web developers. JAMstack is extremely easy to learn. Web developers can create complex websites with the help of just HTML, CSS, and JavaScript. Even if there is a new developer in the team, their local developer environment can be set up and made ready-to-go much easily and quickly.

Another key point is the fact that developers do not have anything to worry about their codes’ behavior in different layers of the application after deployment.

Developers can easily run the build on their local, as well as check the output and can be sure about the fact that the changes they have made will function according to expectations.

One of the key points that make JAMstack worth the investment is the fact that it offers superior security to your application. The architecture significantly and effectively improves the security of your application.

This is enabled through complete disconnection of your dynamic application backend from the incident that happens at the time when a request is made.

The disconnection of the dynamic applications is executed during the build time before deployment is done. So, by the time a user requests a page on a JAMstack application, it is just serving a static file. This is a virtue enabled by the design.

All the moving parts of a JAMstack application are based on a separate infrastructure. This effectively reduces the exposure of the application to cyberattacks.

Are There Any Limitations of the Jamstack Framework?

Jamstack may be one of the superior frameworks for application development, but there are still a few challenges that developers might face. These are:

Summing it up, it is amply clear why JAMstack is the answer to the modern world of web development. After reading this article, the concept of the JAMstack web application framework and its importance might be clear to you. It is one of the most sustainable choices and can be used for the development of advanced, functional, and versatile web applications.

JAMstack Framework brings in a lot of features and functionalities to the table making the development process much more quality-oriented, so to make of use of it at the fullest many prefer to rent a coder who can add on their expertise and use the JAMstack features appropriately.

So if you had the question, “Why Choose JAMstack Framework for Your Web Application,” in mind, we hope you have the question answered now!

Harikrishna Kundariya
Harikrishna Kundariya, a marketer, developer, IoT, chatbot and blockchain savvy, designer, co-founder, Director of eSparkBiz @Software Development Company where you can Hire Software Developers. His 10+ experience enables him to provide digital solutions to new start-ups based on Web app development.
Contents hide
1 Why Use JAMstack for Your Web Applications?
2 Are There Any Limitations of the Jamstack Framework?
3 An Ending Note 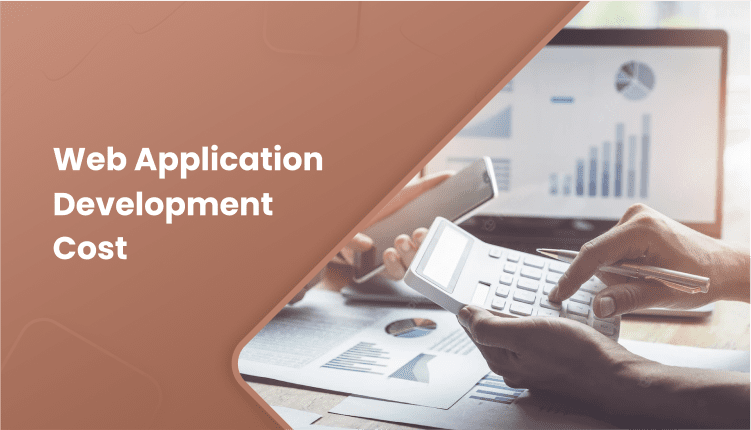 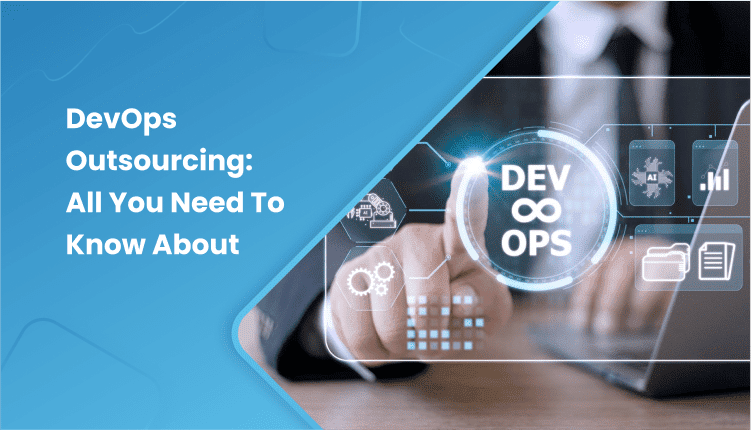 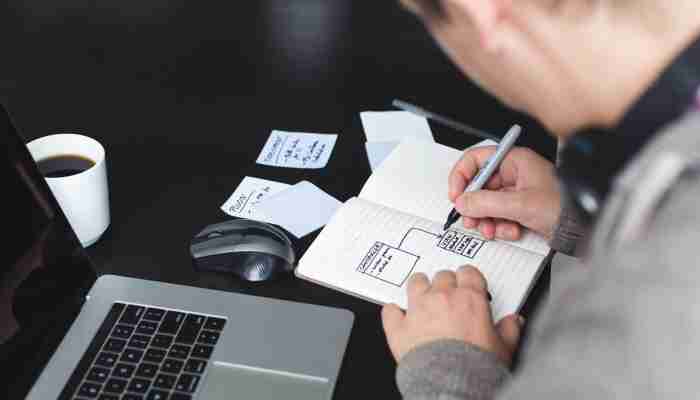