The inception of NodeJS has doubled the growth of Javascript in the field of app development. With the ability to build quick and scalable applications, Node JS has become the preferred choice of developers. Here we list out 10 extraordinary performance tips of Node JS that can help developers in their app development journey.

JavaScript has witnessed exponential growth in the field of app development. And that too, with the inception of Node JS, the growth has been doubled. Node JS needs no introduction as it is the best in the industry for building top-class web servers with unmatched quality.

Moreover, the Node JS can build quick and scalable applications, which is an added advantage apart from its asynchronous and event-driven nature. Delivering high-end performance is what Node JS is known for, and that ensures a quality project as well.

Well, we cannot completely favor Node JS by highlighting its good side, there may be some common Node JS mistakes from which it may have gained a lot of learnings. Also, the mistakes might have impacted the performance as well.

Node.js has become one of the most preferred technology for high-tech development purpose. Along with the technology stack, adept developers too has equal importance and so there are a pool of Indian developers for hire who can help you take your development approach to the next level.

This article will elaborate on a few Node.js Performance Tips that could boost the throughput, reduce the latency rate, and ensure maximum productivity from the app professionals.

Restrictive Use Of Synchronous Functions

Asynchronous API doesn’t let you down in delivering high performance. You might be knowing that the Node JS is single-threaded, which means it has numerous synchronous components that would block the apps.

This may end up slowing down the performance, which could deliver not so desired results. Below is an attached code snippet which explains the operations read by file by sync and async:

Another addition to Node.js performance tips is the usage of gzip compression. It helps in compressing or decompressing the files. This can be elaborated; when a browser asks for a resource, a server to save time and reduce the latency rate, it will compress the response.

Using gzip at the time of either answering the clients or requesting the server operating remotely would ensure a great boost to the performance.

If you are successful in making your web app’s code light in weight and small size, then you have won half the battle. The reduction in code size could result in boosting the productivity ratio and saving time. This can prove to be an effective tip to improve Node JS speed.

Also, there should be restrictions in unnecessary things that can hamper performance, like using a heavy framework that may drain a lot of RAM, using irrelevant modules, and many more things.

Moreover, there is another way that can contribute in enhancing performance, which is by combining various JavaScript files into one.

Developing web apps would ask for multiple internal calls for extracting out data or information. There are multiple functions, and this process could consume a lot of time, which can also affect the performance of the application.

Here, executing the functions parallelly is possible with the help of Node JS as it has asynchronous nature. It can improve the Node JS speed as well as performance. The independent functions can be run parallelly. Also, it would eliminate the middleware functions that will add up in improving the speed.

Below is the code snippet to understand the parallelizability of functions working together:

Caching is the process wherein you can store the often-used data or not so modifying data or information, which may improve Node JS speed in loading and also saves a lot of time. It will be better understood by the below snippet that clearly shows the recent data on display:

It is done only on the frequent posts to speed up the loading time. The data which are rarely used should not be excluded from caching.

Well, not using Node JS for rendering the static content would be another tip for boosting Node JS performance. Yes, you read it, right! Nginx, a standard web server, should be used to render static assets like CSS or images.

This will help in reducing the memory load on Node JS and will also not impact the performance of the application. You can easily achieve this by opting for Professional Node js Development Services.

Angular JS and Backbone JS are the front-end frameworks that follow the MVC architectural pattern, which makes it possible to construct single-page applications. It automatically delivers the responses to the client bypassing the server, which allows the developers to understand which APIs are responsible for it.

If you want to save your bandwidth, then use front-end rendering in Node JS, which will also help you in reducing the latency rate and increasing the productive ratio. Moreover, it turns out to be a potential tip for boosting Node JS speed & performance.

Read also: Analyzing The Impact Of Serverless On Node.js Development

Session data can lead to overloading the memory as it gets stored by default. The excess storing of data would even hamper the performance. So, it is advisable either not to store data in sessions or keep some other storage data.

For better understanding, let’s look at an example, you should store the ID of the user whoever uses your application instead of storing the entire object, which could reserve a lot of memory. For storing the data, you can use MongoDB or Redis.

Use of Standard V8 Functions

There are multiple collections like maps, reduce, and for Each that don’t have support from all the browsers. Well, it can be said that there can be compatibility issues, which can be one of the reasons for no bolstering of collections.

But, with the help of Node JS’ Google V8 JS engine, you will get to know the supported operations and collections. This can be leveraged for diverting the collections on the back-end.

Node JS performance tips include resolving memory leaks issues. The Node JS V8 engine has a garbage collector that helps in processing the inactive and unused memory by cleaning it so that it can be used whenever required.

The garbage collector can sometimes fail to clean the memory, which needs to be fixed asap. It is 10x tougher to track or monitor memory leakage, but memory heap snapshots can help you in verifying classes and objects that are growing at a gradual rate.

The memory leak is a major problem in Node JS, which could hamper the performance of the applications. The Node.js Performance Tips mentioned above should be strictly implemented to enhance or boost performance.

Undoubtedly, it requires more improvements, but until the time the new improvement comes, this effective measure can help in advancing the speed of applications.

If you want to boost the performance of your Node JS application, then you can hire NodeJS developers, who will help you in setting up your project. The team is qualified, skilled, and have years of hands-on experience in building quality projects.

Chintan Gor
Enthusiastic for web app development, Chintan Gor has zeal in experimenting with his knowledge of Node.js in various aspects of development. He keeps on updating his technical know-how thus pinning his name among the topmost CTO's in India. His contribution is penned down by him through various blogs on Node.js. He is associated with eSparkBiz - a Node.js Development Company from the past 7-8 years where one can get premium services.
Contents hide
1 Top 10 Node.js Performance Tips
2 Conclusions 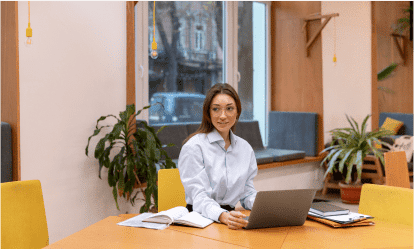 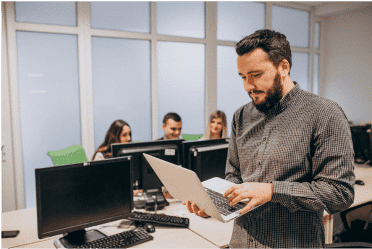 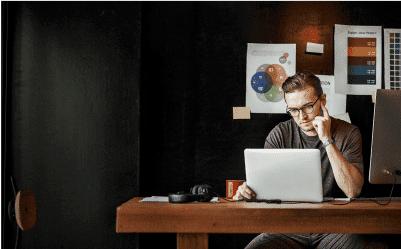